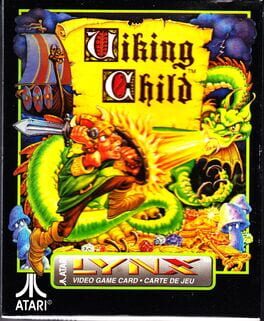 How can I find the best Viking Child Mac CD Key prices?

It's easy - we collect and compare price information daily for Viking Child Mac to help find you the best deals available from official retailers and popular third-party marketplaces, including sales and discount codes available worldwide.

How do I redeem a Viking Child Mac CD Key?

Select a country, platform and service to find the best deal in your preferred region. Buy Viking Child from your vendor of choice and redeem it to own a digitial copy of Viking Child Mac that you can download and play.

Mainly titled Prophecy I - The Viking Child is a game created by Imagitec Design Limited on Amiga, Atari ST, Atari Lynx, Game Boy, Game Gear and the PC. This video game was based on a Viking Child called Brian who must enter the Halls of Valhalla and do battle against an evil god Loki and his minions. The game closely resembled Sega's Wonder Boy in Monster Land, as certain elements like collecting hidden gold, upgrading the character's weapons and visiting shops were practically identical, despite the difference in release times. Programming of the Lead version (Atari ST version) was done by Mark Fisher (a.k.a. Fish, Mr Fish) Original graphics were created by Anthony Rosbottom (a.k.a. Bliz, Blizzard) Music was written by Barry Leitch & Ian Howe

Viking Child does not have any videos to show at this time.