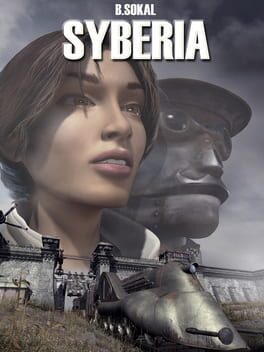 How can I find the best Syberia Nintendo Switch CD Key prices?

It's easy - we collect and compare price information daily for Syberia Nintendo Switch to help find you the best deals available from official retailers and popular third-party marketplaces, including sales and discount codes available worldwide.

How do I redeem a Syberia Nintendo Switch CD Key?

Select a country, platform and service to find the best deal in your preferred region. Buy Syberia from your vendor of choice and redeem it to own a digitial copy of Syberia Nintendo Switch that you can download and play.

Syberia is a 2002 computer adventure game designed by Benoît. It follows Kate Walker, the protagonist, as she attempts to wrap up a sale on behalf of her law firm. In addition to the main plot, the game contains a subplot conducted via calls received on Kate's cell phone. It involves Kate's deteriorating relationship with her fiancé.

In the game, the player controls the actions of American lawyer Kate Walker, who is sent to a remote French village in order to finalize the take-over of a toy factory. Once at the village, Kate learns that the woman who owned the factory has just died, and she has a brother who must be contacted in order for the takeover to proceed. Her mission takes her across Central and Eastern Europe, which gradually leads her to question her own life. The titular Syberia is a mythical island on which mammoths are said to live. The game starts with Kate arriving in the fictional French village of Valadilène and witnessing the funeral of Anna Voralberg, the owner of a family-owned spring-automaton toy factory. When Kate visits the village notary to finalize the deal, the notary tells her that just before Anna's death, the old lady revealed that her brother is not dead and buried, but alive somewhere in the North-East. Now that his sister is dead, Hans Voralberg becomes the new owner of the factory, which cannot be sold without his approval. Kate has no choice: If she wants the takeover to succeed, she will have to find Hans. Kate's research reveals that Hans was injured in his attempt to retrieve a prehistoric doll of a man riding a mammoth. It stunted his development, leaving him mentally handicapped, and Hans' sole goal became to find mammoths to ride as the doll depicts. In order to find Hans, Kate must take his train: a clockwork locomotive built by his sister at his request. It is manned by Oscar, an animatronic man fond of protocol whom Kate must satisfy to depart. She is forced to dive into Hans' past to retrieve two items of value to him: the mammoth doll and a clockwork music box. As she follows Hans' path, Kate makes her way to Barrockstadt, a failing university whose train station acts as a botanical garden. The train stops short of the winding mechanism so Kate must barter with a nearby couple with a barge. They insist on being paid $100 for their assistance, so Kate has to fix the university's broken bandstand to get the university's stubborn board of directors to help. Along the way, she gets a lesson on the legend of Syberia and the customs of the mysterious prehistoric Youkol people who lived with mammoths and were able to domesticate them. Before she can leave Barrockstadt entirely, she must pass the large wall that keeps her train from exiting. The next stop is Komkolzgrad, a dusty Communist-era industrial mining complex with two giant metallic worker-automata overlooking the tracks. The place is run by the eccentric and somewhat crazy Serguei Borodine, who steals Oscar's hands to make his automaton organist work. He intends to construct the biggest stage possible for Helena Romanski, a washed-up opera singer with whom he is obsessed. Kate has little choice but to fetch her from a nearby spa in Aralbad on his behalf. Serguei directs Kate to the adjacent cosmodrome for transportation. At the cosmodrome, Kate meets former test pilot Boris, a drunk who dreams of flying into space on a "flying wing" invented by Hans. After some sobering up, he teaches Kate how to operate an old airship in exchange for her help in making the flying wing functional. He also warns Kate not to trust Serguei. Once Boris is launched, she uses his advice to launch the airship and leaves for Aralbad. At the Aralbad spa, Kate meets Helena after getting past the manager. The elderly lady believes she is too old to sing, having lost her legendary voice, which could break glass. With a special cocktail mixed at the bar and a wine glass, Kate convinces Helena that she can still sing. Helena agrees to go with Kate. The performance in Komkolzgrad does not go quite as planned: beautiful though Helena's voice may be (she sings "Dark Eyes"), it doesn't stop Serguei from imprisoning her, as he wants to keep Helena at his side as his personal opera singer. Kate is able to free Helena and take back Oscar's hands, but Serguei isn't quite willing to give up without a fight, using the worker-automata to block the train. Some spare dynamite dispatches that problem, and Kate brings Helena back to Aralbad. Surprisingly, none other than Hans Voralberg is waiting there at the spa, delighted that Kate brought him his train and Oscar. Hans shows little concern for his sister's death and signs the factory release papers without even reading them. He offers to take Kate along, but she initially refuses. However, as she is about to board a plane to fly back to New York, she changes her mind and hops on board the train at the last second, abandoning her job and her unfaithful fiancé back home to help an old man realize his dream. 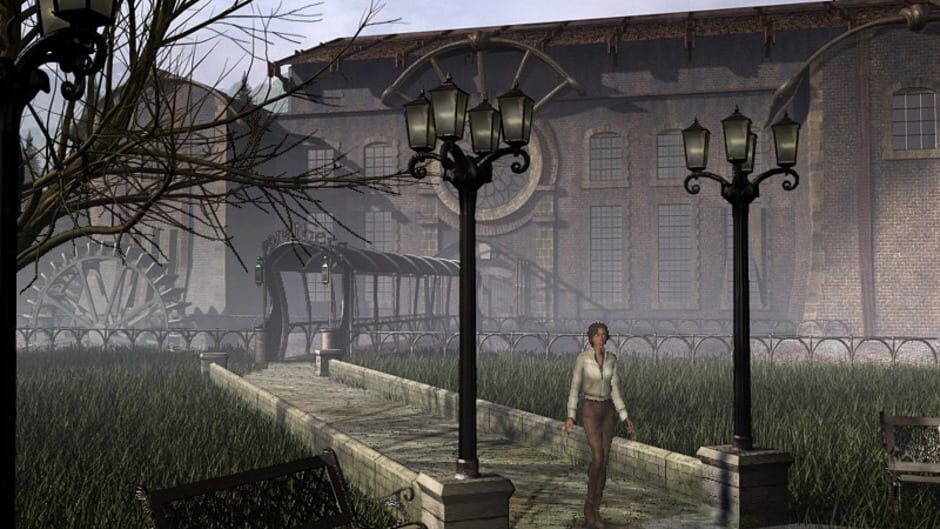 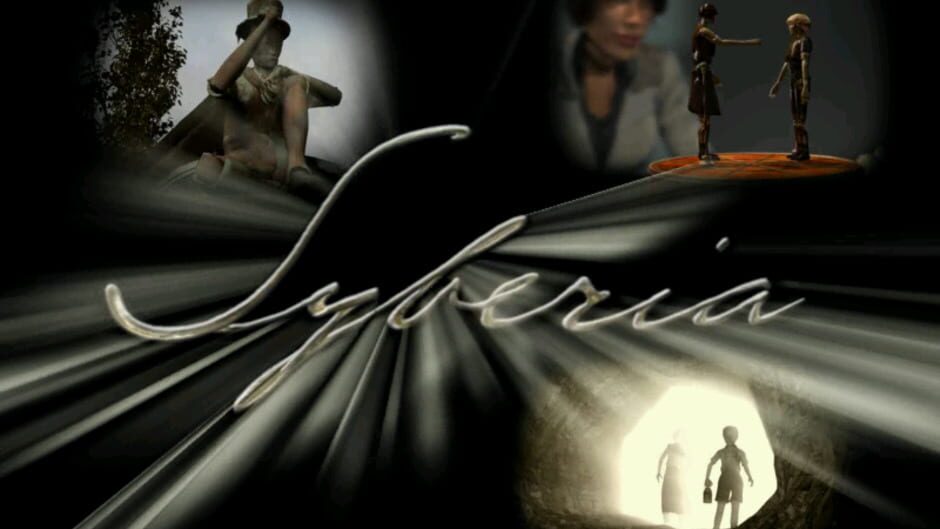 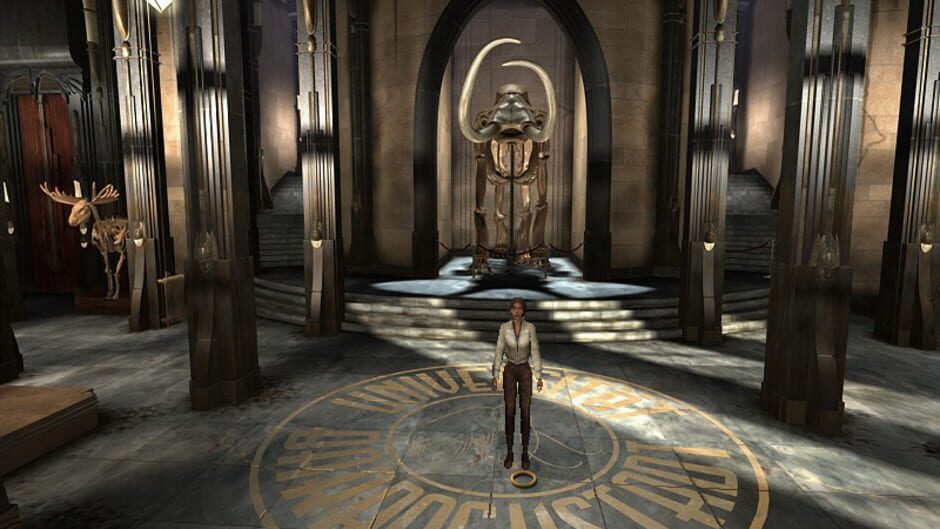 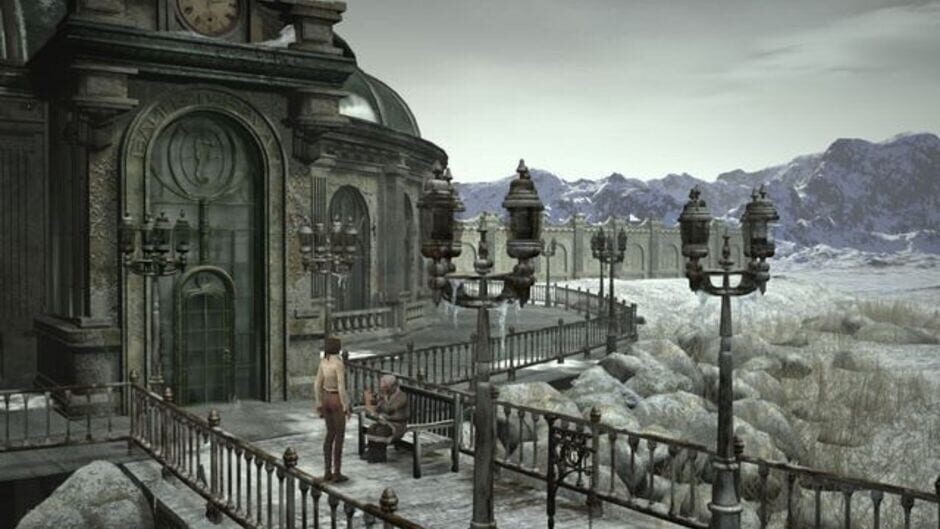 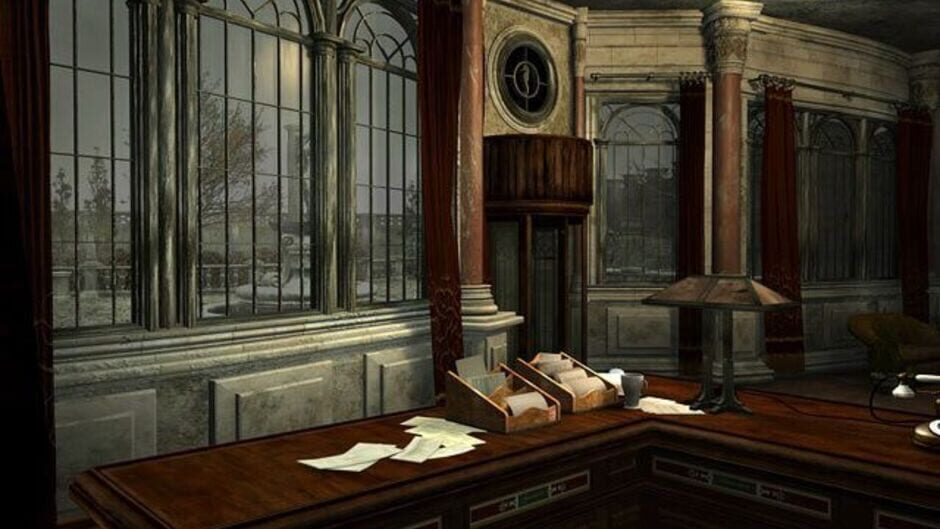 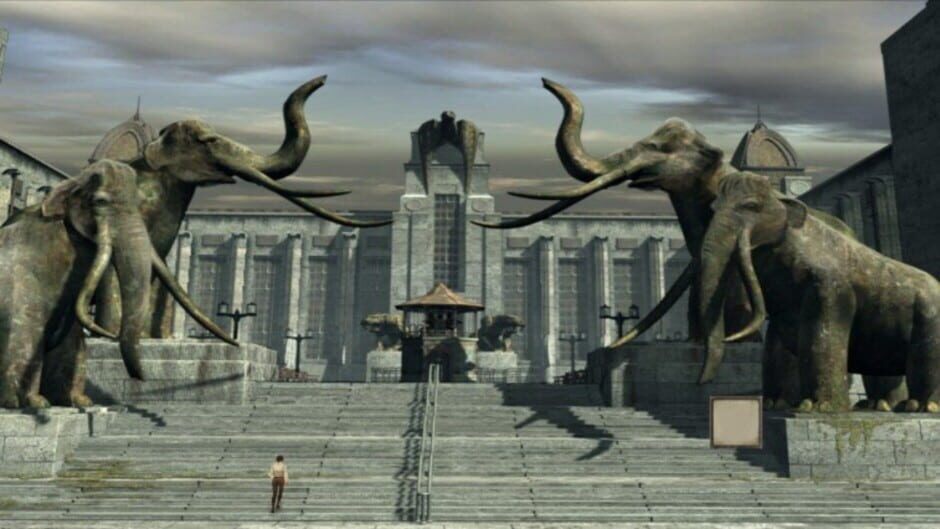 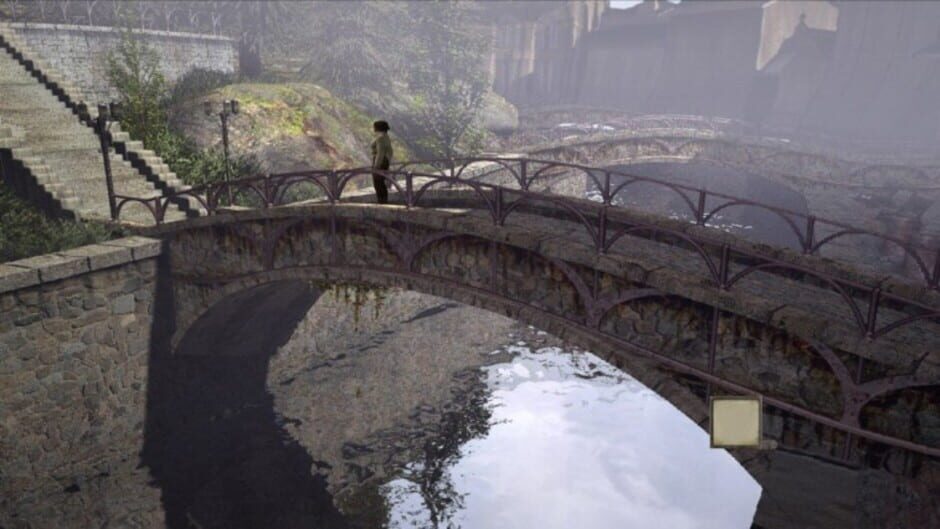 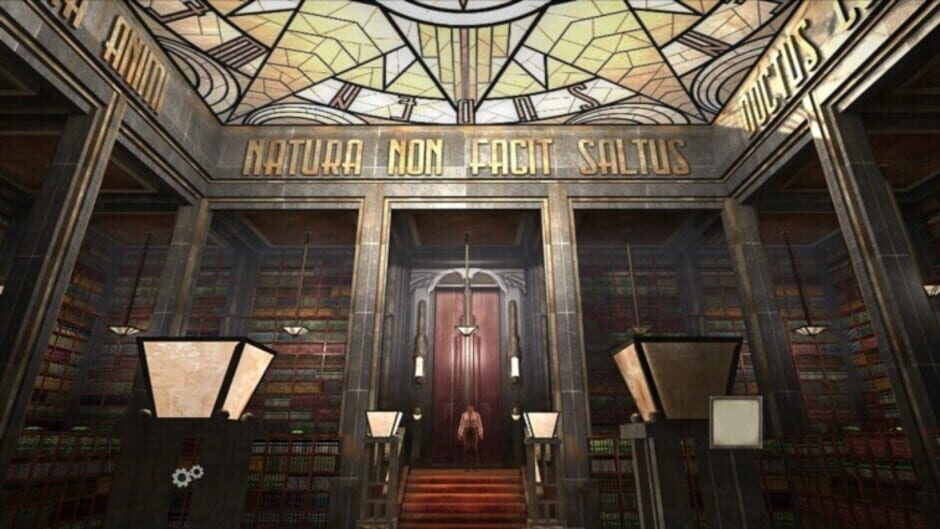 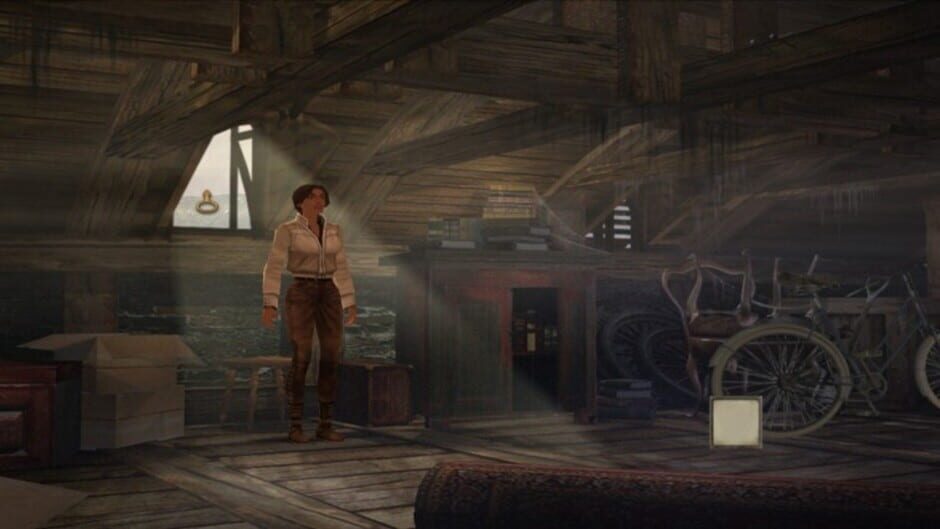 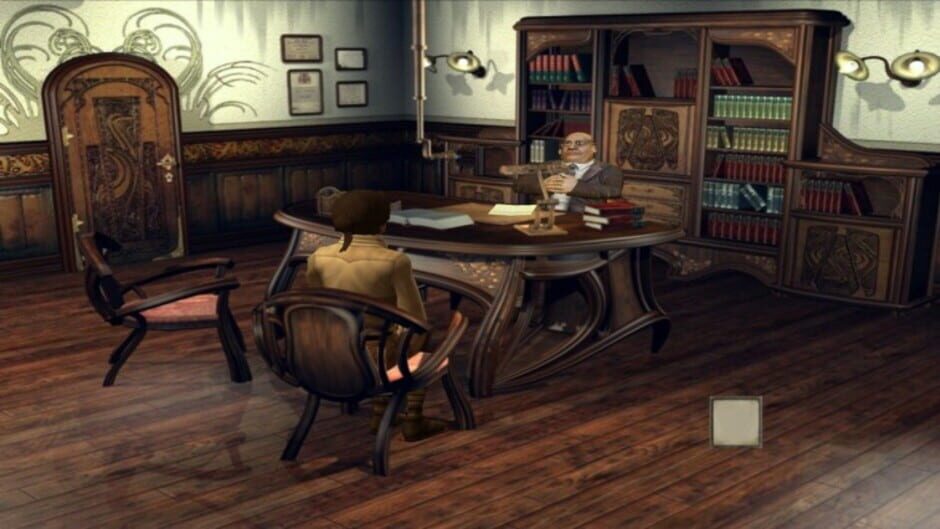 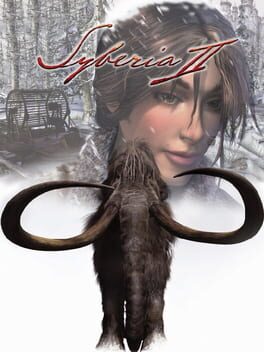