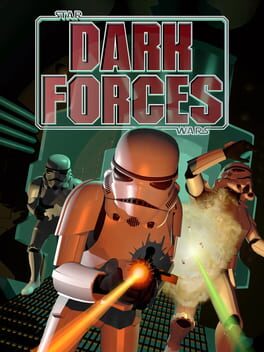 How do I redeem a Star Wars: Dark Forces Mac CD Key?

The Empire stretches its evil clutches across the galaxy, consuming planets with devastating results. Through many struggles, the Rebel Alliance has learned of a new Imperial battle station, the Death Star, with enough power to destroy an entire planet. The evil Empire is secretly building a massive army to complete their arsenal of domination and render their reign of terror unstoppable. Kyle Katarn, a formal Imperial Stormtrooper must join the Rebel Alliance's covert operations division, and re-take the Empire from the inside, one battle at a time. Unlike many other Doom-based games, Star Wars: Dark Forces attempted a realistic approach: the missions followed a specific storyline, sometimes cut up by scenes to progress the narrative. Each mission had its own briefing and objective. The levels were designed to represent actual bases, mines, facilities, and other known places from the Star Wars universe, like Star Destroyer interiors, Jabba's ship, Coruscant, etc.

Behind a veil of secrecy the evil Empire is creating a doomsday army - one that, if finished, will become the final cog in the Empire's arsenal of terror and domination. Your Mission? Join the Rebel Alliance's covert operations division, infiltrate the Empire, then battle every man and machine the Imperial Forces can muster. Search a vast galaxy for clues, attack enemy bases-all in a desperate attempt to stop the activation of this fearsome new weapon. 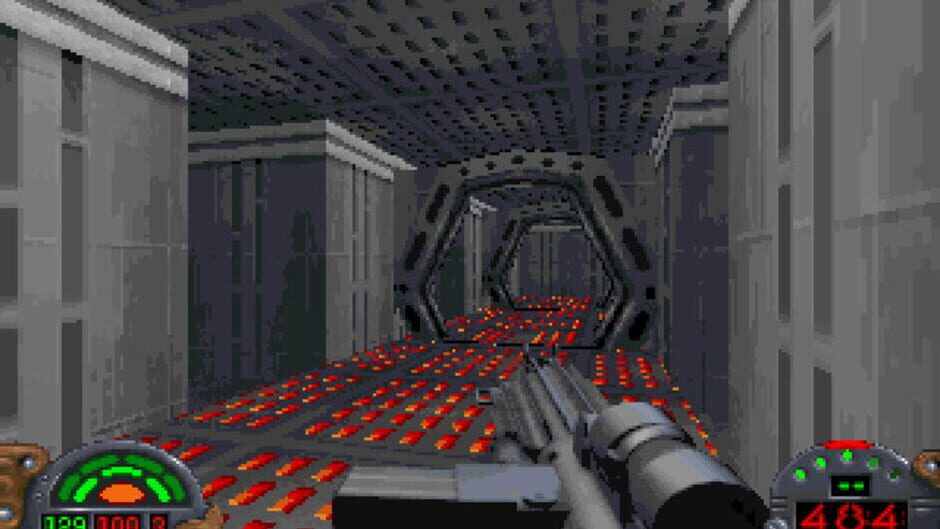 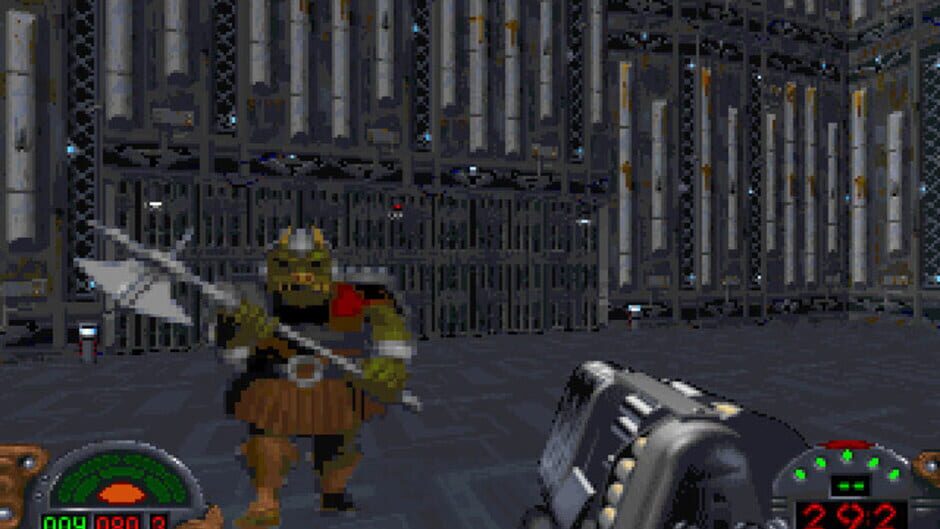 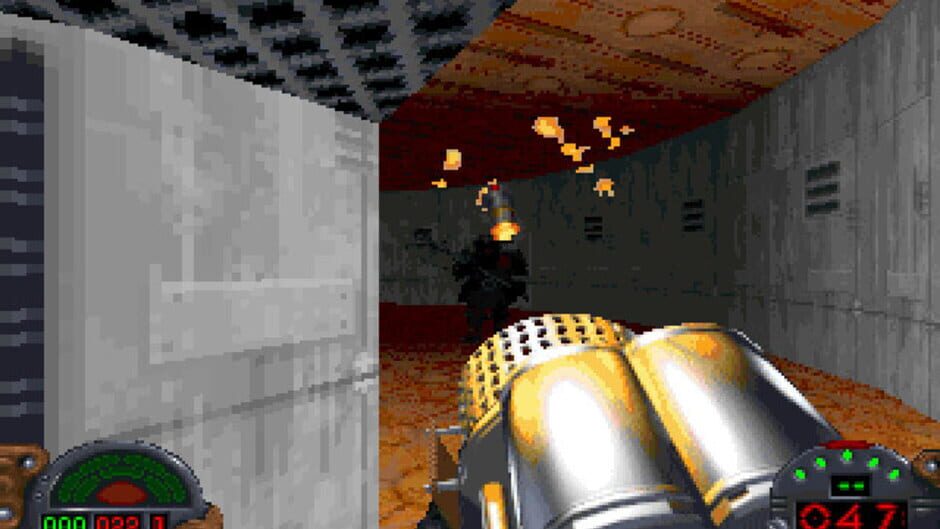 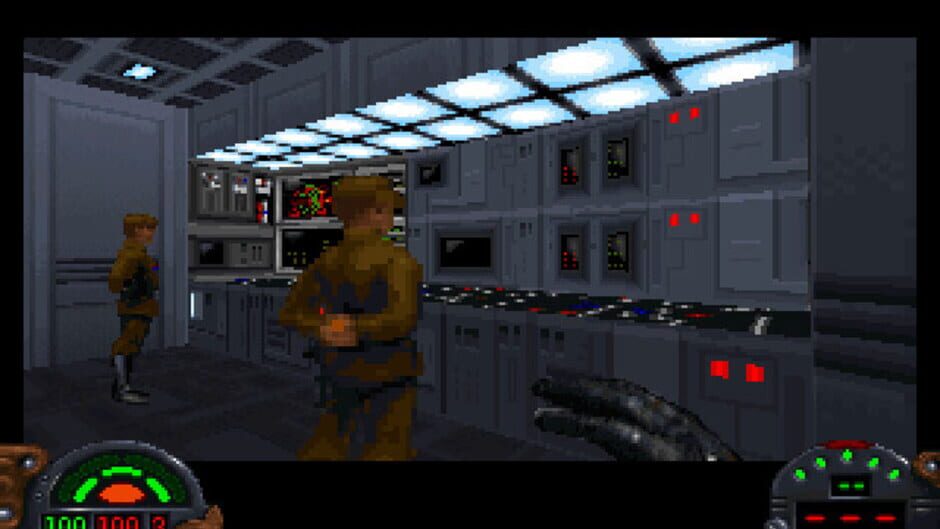