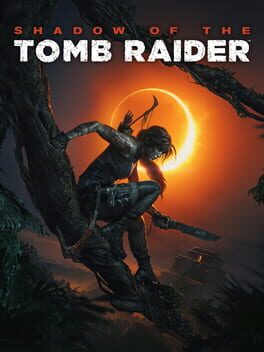 What are Shadow of the Tomb Raider Mac CD Keys?

How can I find the best Shadow of the Tomb Raider Mac CD Key prices?

It's easy - we collect and compare price information daily for Shadow of the Tomb Raider Mac to help find you the best deals available from official retailers and popular third-party marketplaces, including sales and discount codes available worldwide.

How do I redeem a Shadow of the Tomb Raider Mac CD Key?

Shadow of the Tomb Raider Mac

In the two months since Rise of the Tomb Raider, Lara Croft and her friend Jonah Maiava have dedicated themselves to stopping the activities of paramilitary organization Trinity. The two track a cell to Cozumel in Mexico that is led by Pedro Dominguez, the head of Trinity's High Council. Slipping inside nearby tombs being excavated by Trinity, Lara discovers a temple containing the Dagger of Chak Chel and references to a hidden city. Murals adorning the walls allude to the Silver Box of Ix Chel and warn of "the Cleansing", a Mayan apocalypse culminating in a permanent solar eclipse. Lara ignores the warnings and takes the Dagger to prevent Trinity from acquiring it. Dominguez catches her and reveals that by taking the Dagger, Lara has triggered the Cleansing. He takes the Dagger, intending to unite it with the Box to stop the Cleansing and use the power it grants him to remake the world in his image. Lara and Jonah escape a tsunami that destroys Cozumel and foreshadows the coming apocalypse. Despite growing tensions between them over her actions, Lara and Jonah pursue Dominguez into the Amazon. Their plane crashes in the Peruvian jungle during the second cataclysm—a massive storm—and the two find their way to Paititi, the hidden city shown in the murals. Exploring local tombs reveals that piercing the Box with the Dagger will grant the user the power of the god Kukulkan, which must be used to halt the Cleansing. Lara witnesses Trinity soldiers being slaughtered by strange humanoid monsters later identified as the Yaaxil, guardians of the Box. When Lara saves a boy named Etzli, she and Jonah are brought into Paititi by his mother Unuratu, queen of the city. Lara sees Dominguez is the leader of a cult dedicated to Kukulkan and Unuratu reveals he is her brother-in-law Amaru, who was taken by Trinity as a child and raised to complete the ritual and reshape the world in their image. Unuratu directs Lara to the Box, but Lara finds it is missing. Believing the cult already has the Box, Lara, and Unuratu attempt to steal it, but Unuratu is captured. Lara also encounters the Yaaxil and their leader Crimson Fire. Lara infiltrates the cult's temple and overhears Amaru telling Unuratu that the Box was hidden by Andres Lopez, a missionary sent to Paititi by Trinity during the Spanish conquest of South America. Lara rescues Unuratu and realizes that Amaru does not fully understand the ritual; rather than merely imbuing Kukulkan's power, the ritual sacrifices it to stop the Cleansing. Unuratu is shot by Commander Rourke, Amaru's second in command. Before she dies, Unuratu implores Lara to complete the ritual but warns her not to let the Box influence her. Rourke attacks Lara and Jonah, who are separated as they leave Paititi to decipher the next clue. Thinking Jonah dead, Lara goes on a rampage that destroys an oil refinery and slaughters everyone there except Rourke, who escapes. She momentarily breaks down when she finds Jonah alive, but he manages to calm her, and they decipher the Box's location. Driven mad by the Box, Lopez established a mission near Paititi where he trained acolytes to complete the ritual. Lara and Jonah find a secret catacomb beneath the missiong leading to Lopez's tomb and the Box. Amaru finds them and forces Lara to surrender the Box. He admits that he ordered her father's death to prevent him from finding Paititi and revealing it to the world. Lara tries to persuade Amaru to use the ritual to benefit the world. He refuses, as the Cleansing will only affect Paititi. Amaru has used his position in Trinity to manipulate them into preventing it. He leaves Lara and Jonah to escape the third cataclysm, a massive earthquake that causes a landslide and destroys the mission. Back in Paititi, Lara and Jonah help the newly-crowned Etzli lead an assault on an underground temple complex at Paititi's center. They plan to disrupt Amaru's ceremony while avoiding the fourth cataclysm, a volcanic eruption threatening Paititi. Lara is forced to go on alone when Trinity cuts off Etzli's forces. She encounters the Yaaxil and Crimson Fire, convincing them to help her stop Amaru. Lara takes on the symbolic role of Ix Chel while Crimson Fire becomes Chak Chel. While the Yaaxil kill Rourke and the Trinity High Council, Lara makes it to the temple summit. She fails to stop Amaru from piercing the Box and absorbing Kukulkan's power as an eclipse blocks the sun. Lara overpowers Amaru after a lengthy battle; accepting defeat, he transfers Kukulkan's power to Lara as he dies. True to Unuratu's warning, she is tempted to use the Box to revive her parents, but instead lets Crimson Fire symbolically stab her, sacrificing Kukulkan's spirit and stopping the Cleansing. In the aftermath, Unuratu is laid to rest, and Jonah decides to take a vacation. Lara stays in Paititi to help Etzli restore the city to its former glory. A post-credits scene shows Lara planning her next adventure at Croft Manor, acknowledging that her role is not to solve the world's mysteries, but to protect them. 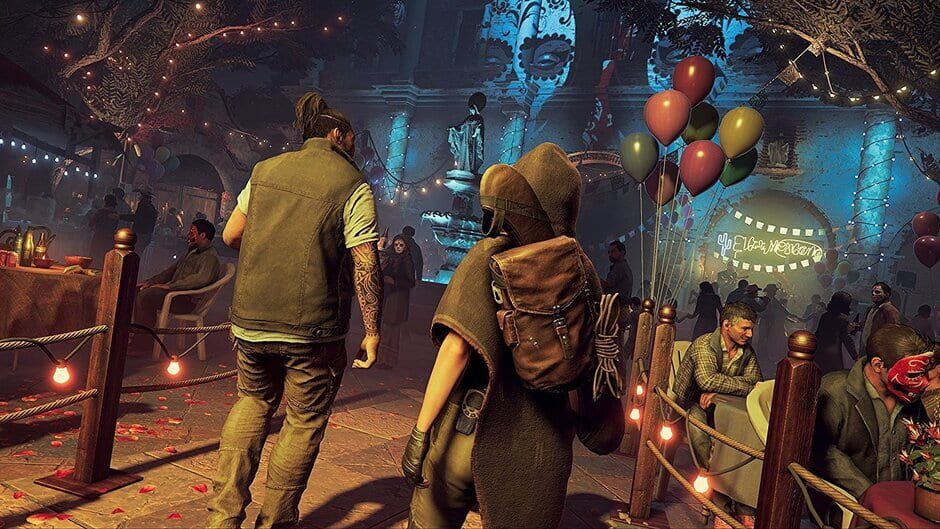 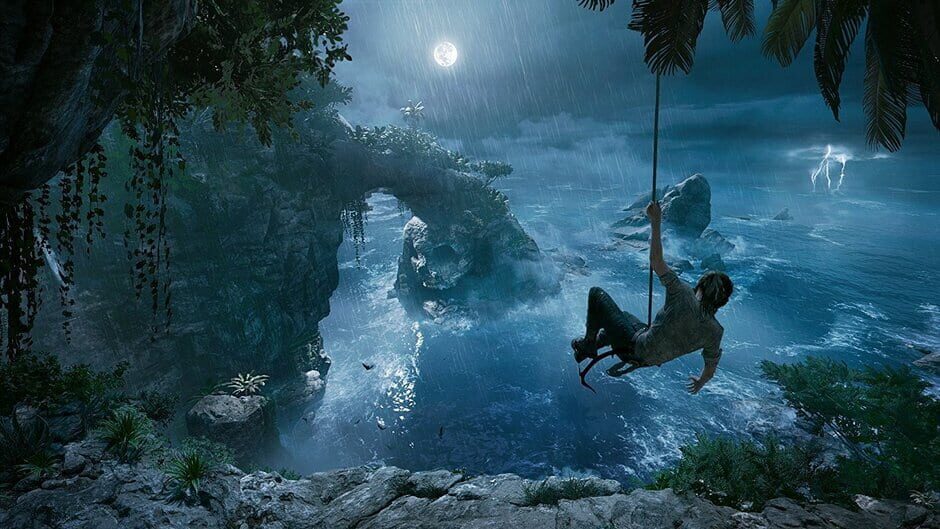 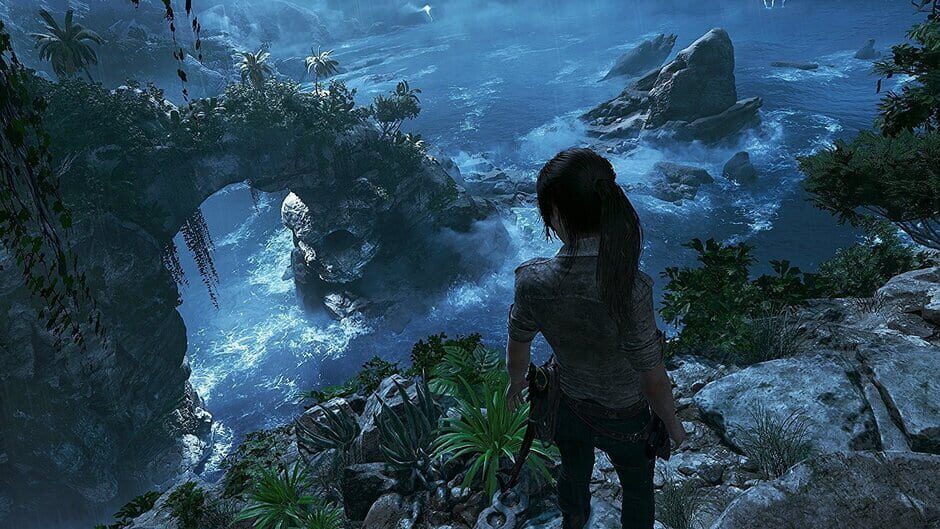 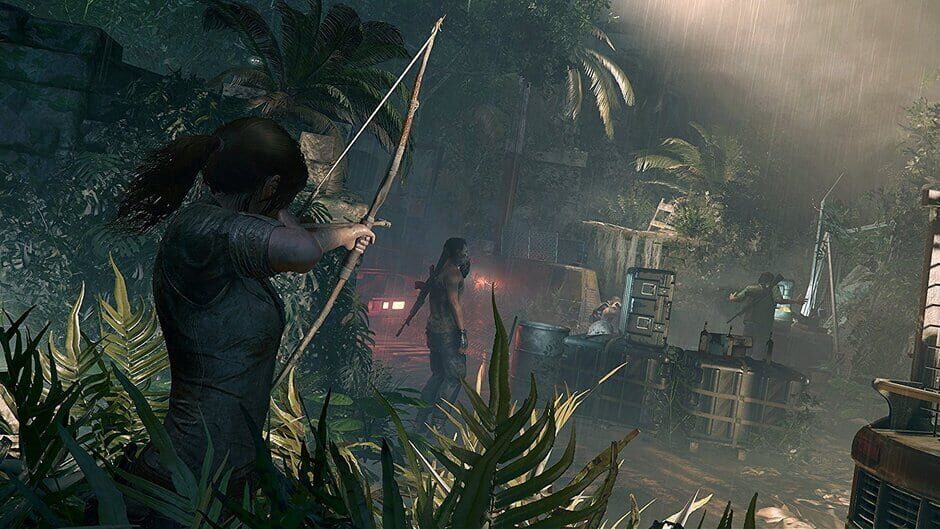 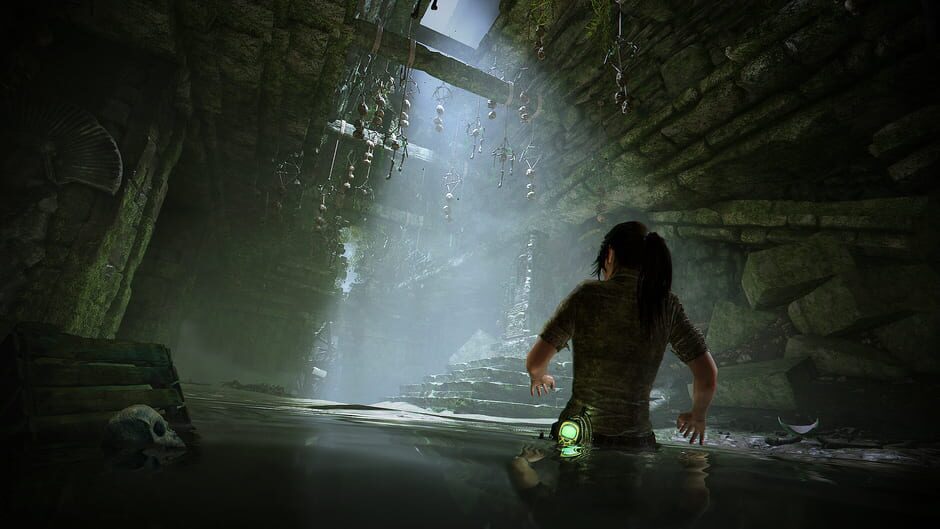 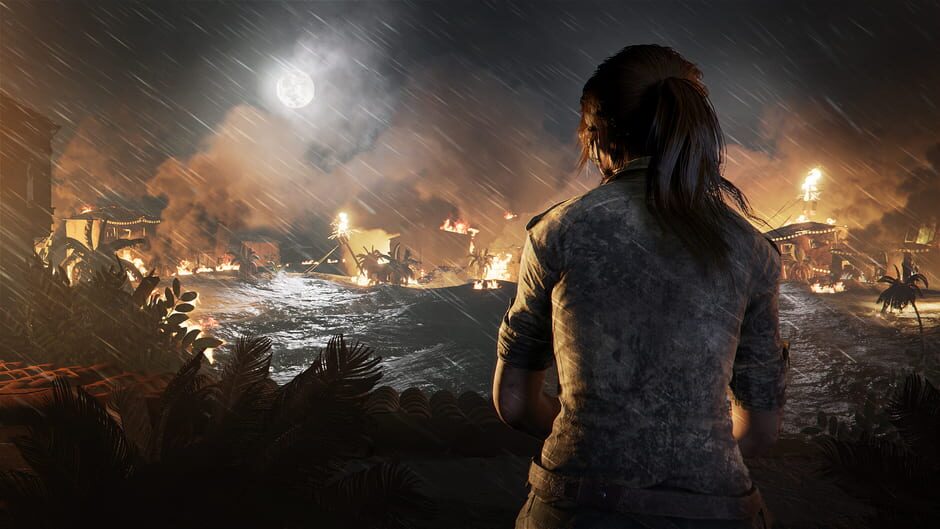 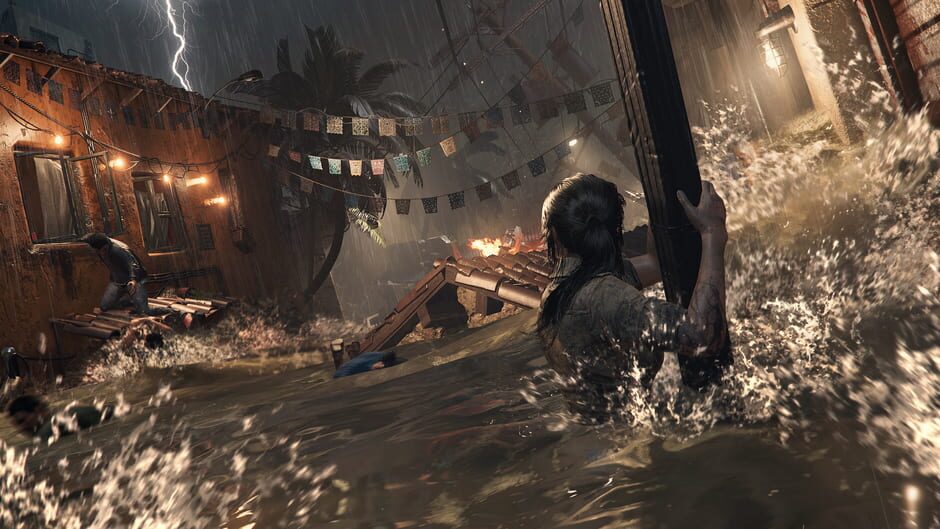 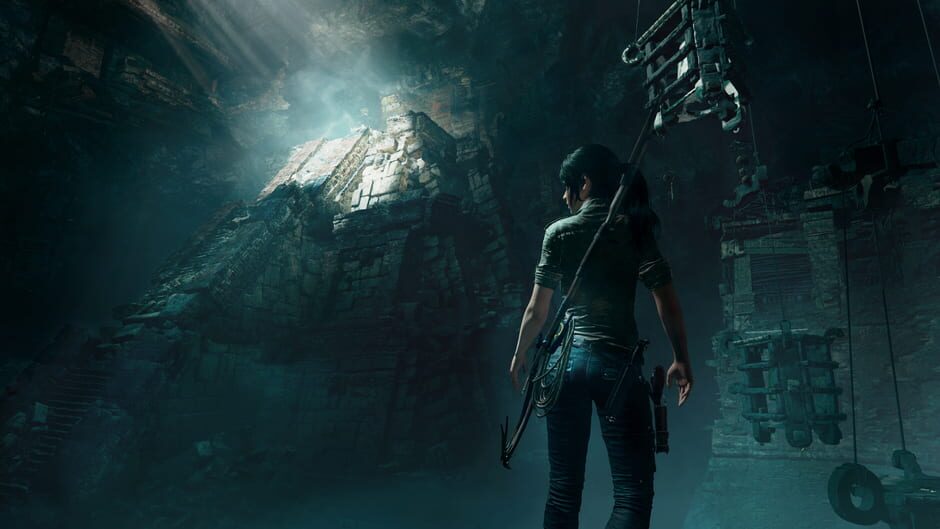 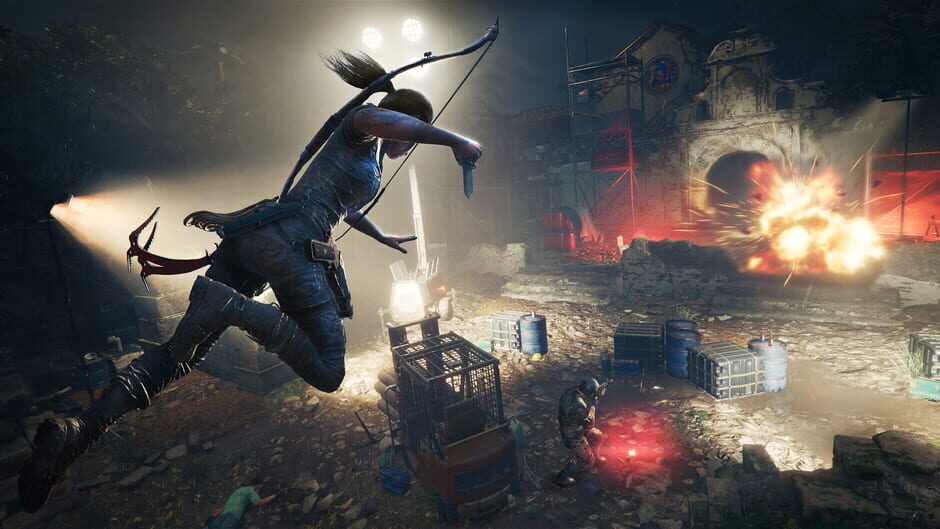 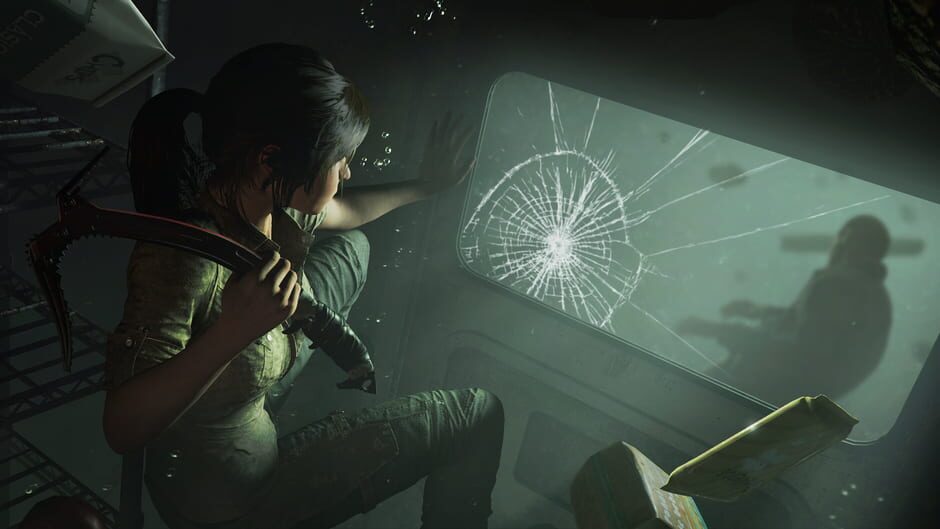 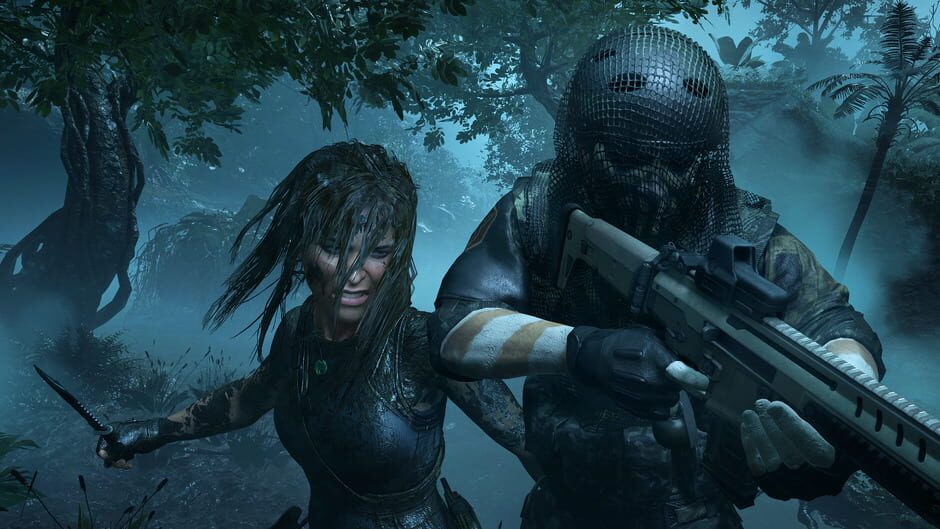 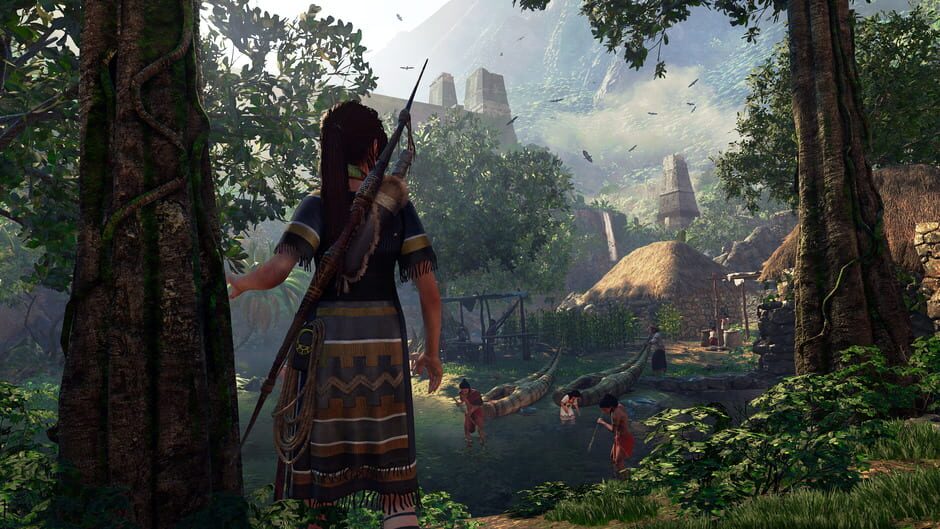 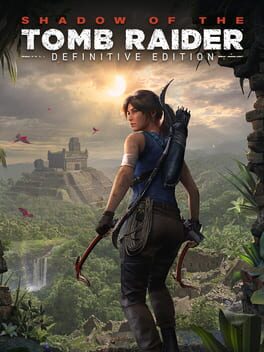 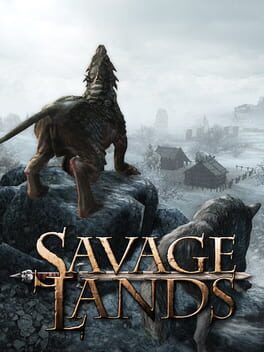