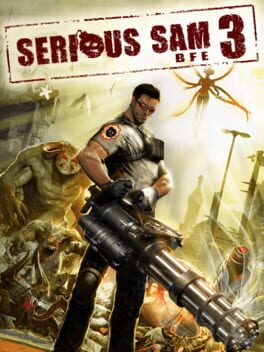 How can I find the best Serious Sam 3: BFE Mac CD Key prices?

It's easy - we collect and compare price information daily for Serious Sam 3: BFE Mac to help find you the best deals available from official retailers and popular third-party marketplaces, including sales and discount codes available worldwide.

How do I redeem a Serious Sam 3: BFE Mac CD Key?

Select a country, platform and service to find the best deal in your preferred region. Buy Serious Sam 3: BFE from your vendor of choice and redeem it to own a digitial copy of Serious Sam 3: BFE Mac that you can download and play.

Serious Sam 3: BFE is a first-person action shooter, a glorious throwback to the golden age of first-person shooters where men were men, cover was for amateurs and pulling the trigger made things go boom. Serving as a prequel to the original game, Serious Sam: The First Encounter, Serious Sam 3 takes place during the Earth’s final struggle against Mental’s invading legions of beasts and mercenaries.

Prior to AD 2060, humanity had slowly begun uncovering artifacts and ruins left behind in ancient times by the Sirians, the famous and long-thought extinct race from the place of Sirius. Unfortunately, Mental has chosen this time to turn his attention upon Earth. He dispatches his space fleet carrying his endless hordes to attack Earth, leading a three-year conquest that has humanity driven almost to the point of extinction. In a last-ditch effort, the survivors turn to the Time-Lock, a recently excavated device supposedly capable of granting a single person the ability of time travel via an inter-dimensional portal. Through it, that person could reach a pivotal point in time and alter events of the past. But as the device lies dormant, they must first discover a means to turn it on. Sam "Serious" Stone, part of the Earth Defense force, is dispatched with a detachment of soldiers in the Alpha team to modern Egypt, which is occupied by Mental's alien army. Their original mission is to recon, rendezvous, and extract Bravo team who are protecting Dr Stein, a scientist carrying hieroglyphics believed to contain instructions for powering up the Time-Lock. Sam's insertion goes haywire as his chopper is shot down and both teams are quickly wiped out. However, he is able to recover the hieroglyphics from Stein's phone in the museum and transmit them to headquarters. Deciphering indicates there is a hidden Sirian chamber below the Great Pyramid. Sam clears himself a path to a tunnel underneath the Sphinx and descends into the Pyramid. He not only discovers the hidden chamber but recovers crucial information and a bracelet device from the remains of what might have been Earth's last Sirian. In order to power the Time-Lock, two dormant but incredibly powerful plasma-energy generators need to be activated. Hellfire from Charlie team inserts Sam to bring both online. This is slowly accomplished and Team Charlie is staged to enter the Time-Lock. Sam is relieved of duty and in the process of being extracted from Cairo, but is shot down once again and is forced to flee towards the lost ruins of Nubia. Traversing through more tombs, Sam gets back in touch with Hellfire and learns that Mental's forces have overrun the human military and killed them all shortly before dying herself. Now determined to finish what the Sirians has started, Sam vows to use the Time-Lock himself and kill Mental in the past before he can destroy humanity in the present. Sam then makes one last travel to Hatshepsut Temple, where the Time-Lock is located. The struggle to this destination ends with Sam killing Ugh-Zan IV. With Ugh-Zan IV dead, the Time-Lock then activates, displaying an inter-dimensional portal to 3000 B.C., the timeline where the Sirians became extinct. Sam calls Mental on Stein's phone and is answered by Mental's daughter, Judy. She tells him that Mental is planning to "moon" him. Sam notices the Moon plummeting rapidly within Earth's atmosphere and escapes through the Time-Lock to 3000 B.C. as the Moon impacts Earth, destroying the planet. 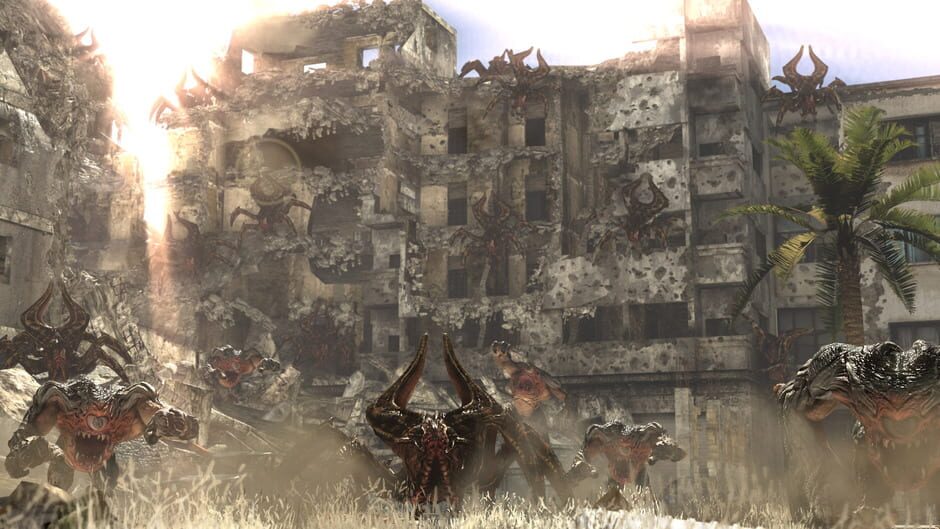 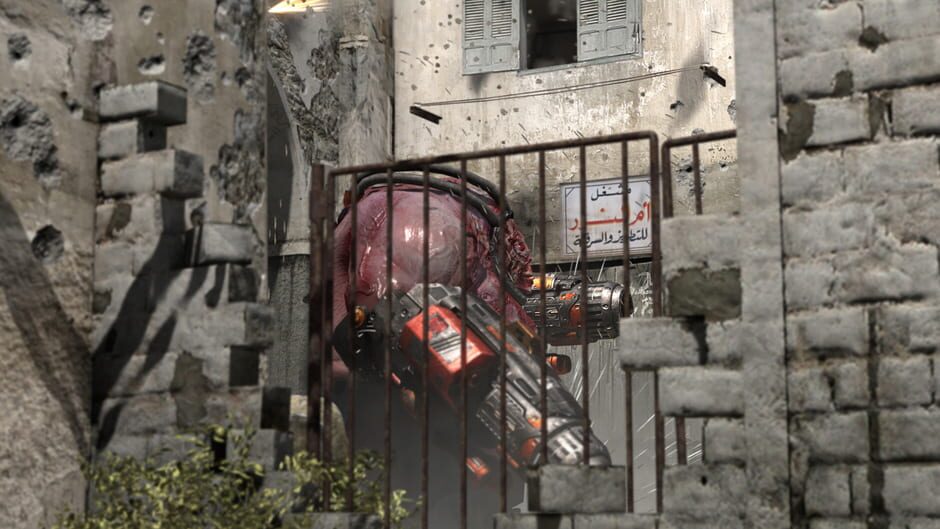 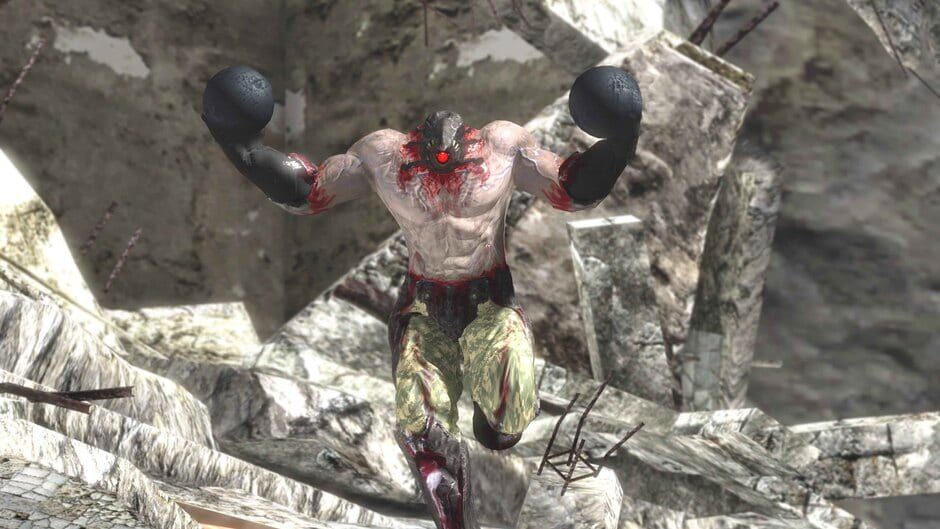 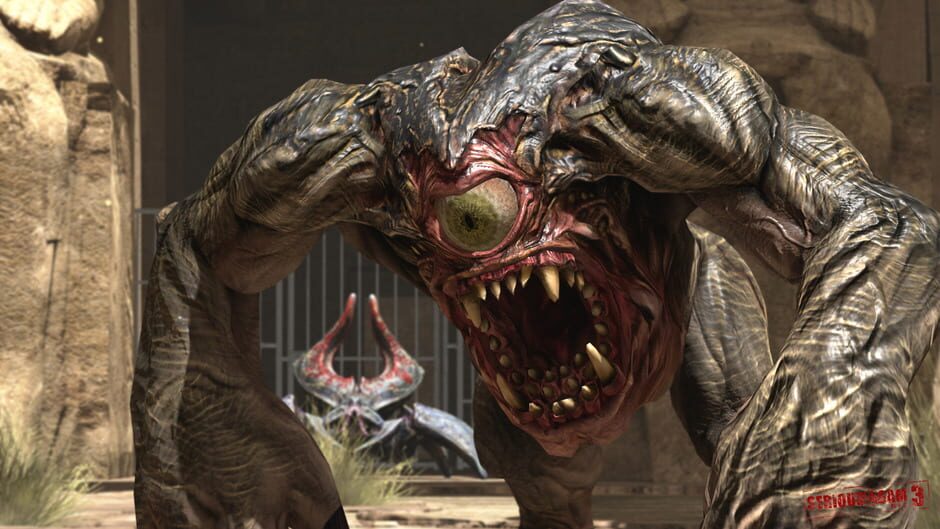 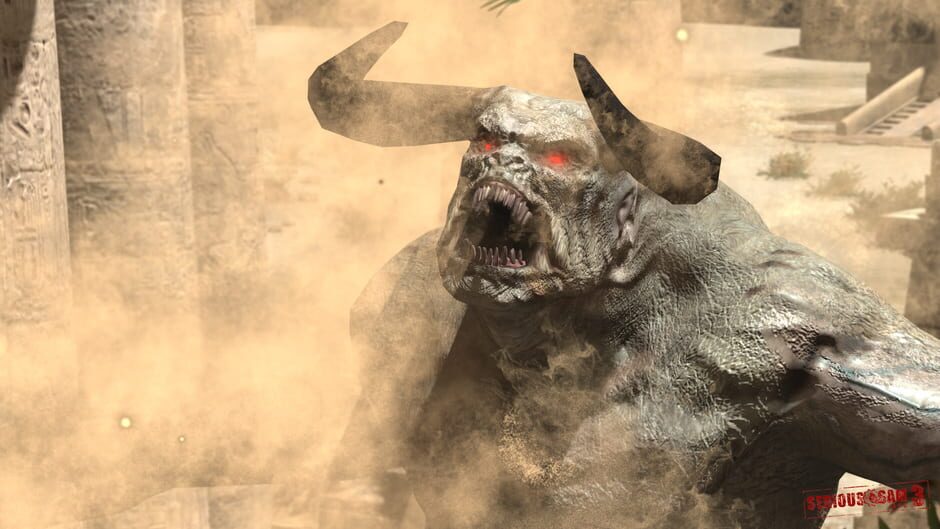 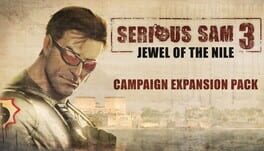