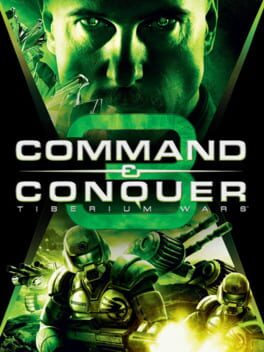 How do I redeem a Command & Conquer 3: Tiberium Wars Mac CD Key?

MultiplayerNote: As of June 2014, our friends at GameSpy have ended all hosted game services, which will affect the online multiplayer aspect of this game. Because of technical challenges and concerns, EA does not have a solution to keep these services up and running at this time, and online services for this game and other EA games on the GameSpy platform have ended.   About the GameThe year is 2047. A massive nuclear fireball explodes high in the night sky, marking the dramatic beginning of the Third Tiberium War and the long-awaited return of the most groundbreaking Real-Time Strategy franchise of all time. Command & Conquer 3 Tiberium Wars unveils the future of RTS gaming by bringing you back to where it all began: the Tiberium Universe. With the corrupt substance Tiberium blanketing most of the Earth, the infamous Kane is back to lead his Brotherhood of Nod in a massive global assault on the Global Defense Initiative (GDI) and the few remaining livable Blue Zones left on the planet. Only you can stop him. Featuring state-of-the-art next-generation graphics, an epic story, and truly innovative features such as the ability to transform online battles into a spectator sport, Command & Conquer is about to reinvent RTS gaming … again. Welcome back, Commander. Fast, Fluid, Fun — The ultra-responsive, smooth-as-silk gameplay C&C invented is now better than ever, intuitively placing your entire arsenal at your fingertips. 35+ Single Player Missions — In a vast open-world theater of war where each decision you make matters, you’ll experience one cohesive, epic story told from the unique perspective of all three warring factions. Story Like You’ve Never Seen — High-definition, live action video sequences that seamlessly tie the game’s epic story together feature an unparalleled, diverse Hollywood cast, including talent from Star Wars, Starship Troopers, Battlestar Galactica, LOST, and House and the return of Joe Kucan as Kane. AI with Distinct Styles of Play — The game AI matches your style of play—choose from play styles such as ‘rushing’, ‘turtling’, and more, or level the battlefield and let the AI use its own tactics to give you the highest level of challenge. New Ways to Attack — Keep your opponent guessing by building flying battleships, wielding the power of terrifying Ion Storms, and combining units to form powerful, never-before-seen super-units. Technology Makes the World Come Alive — Lose yourself in reflected sunlight and scream in sheer joy as you blow chunks off of enemy tanks, structures, and anything else you can launch a rocket at. The game world gains a new dimension and the battlefield comes to life as the atmosphere fills with smoke, fire, haze, tracers, explosions, and state-of-the-art weather effects. Intuitive and Evolved Interface — A fully evolved side-bar interface allows you to completely manage your base operations while never leaving the action. 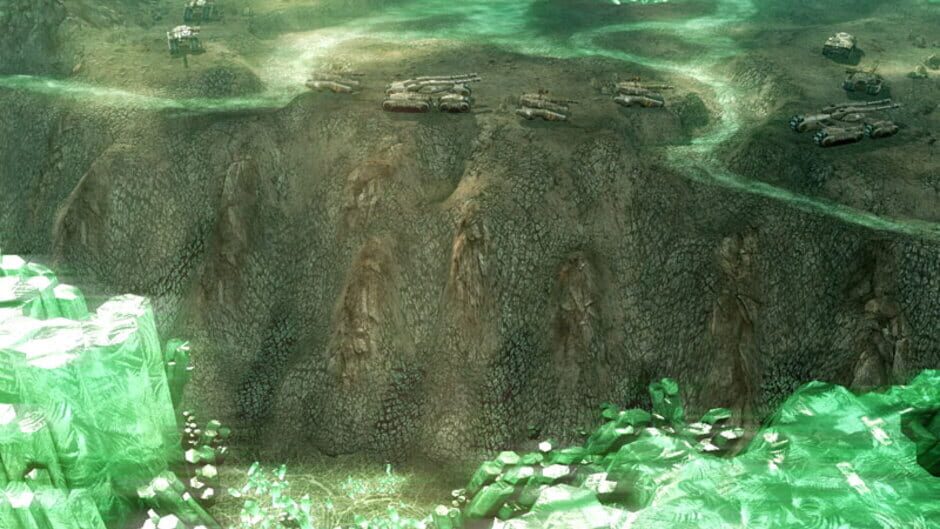 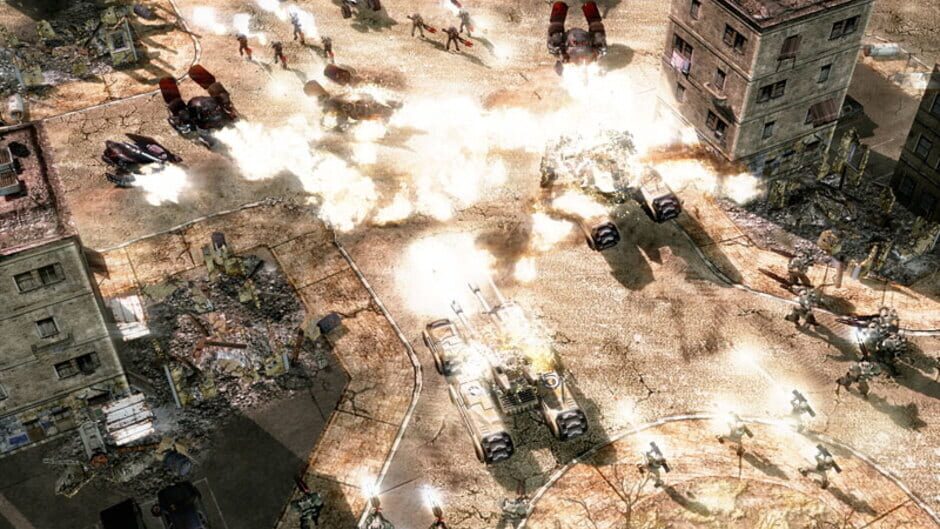 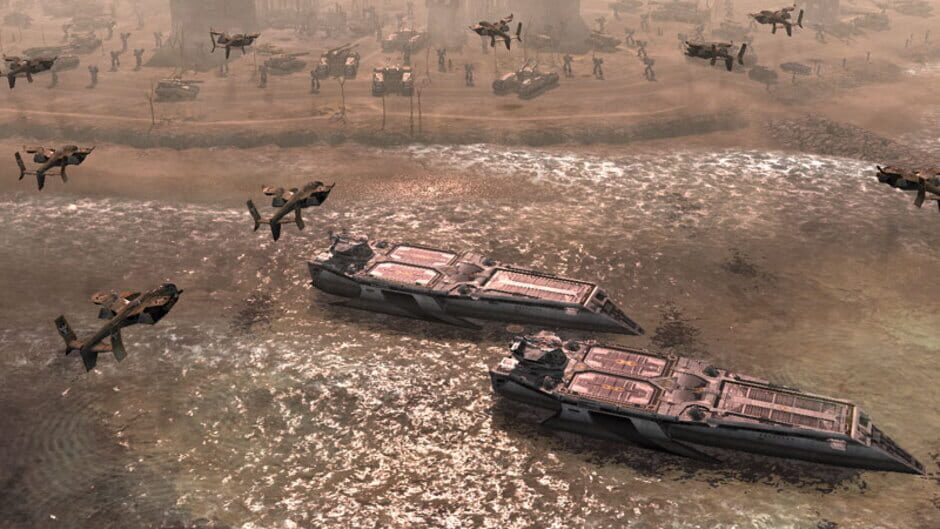 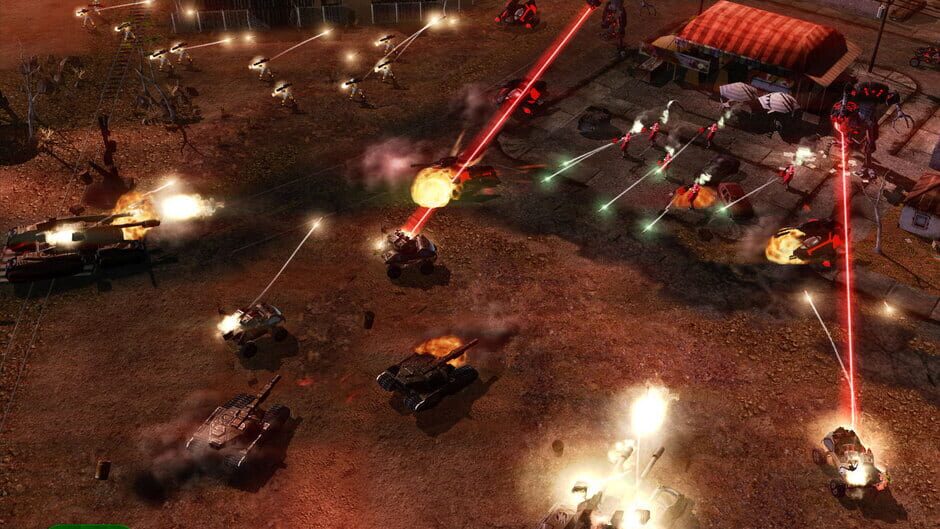 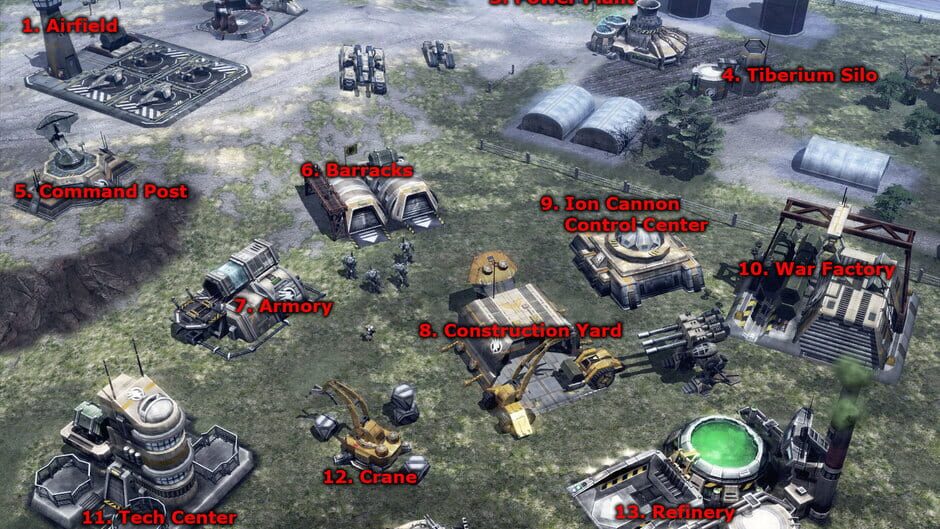 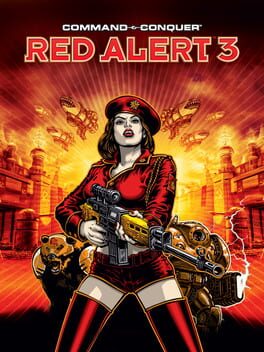