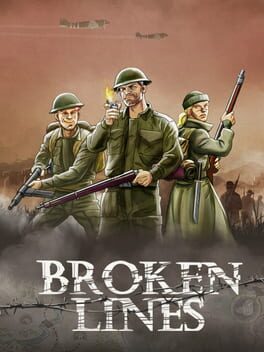 How can I find the best Broken Lines Nintendo Switch CD Key prices?

It's easy - we collect and compare price information daily for Broken Lines Nintendo Switch to help find you the best deals available from official retailers and popular third-party marketplaces, including sales and discount codes available worldwide.

How do I redeem a Broken Lines Nintendo Switch CD Key?

Select a country, platform and service to find the best deal in your preferred region. Buy Broken Lines from your vendor of choice and redeem it to own a digitial copy of Broken Lines Nintendo Switch that you can download and play.

Broken Lines is a war-game with a serious story, told from the perspective of the individual soldiers. A game for people who likes real-time tactics and strategy games, but are too slow to play them. Give orders to you men, while in pause - and total control. Then see the execution in real-time - sometimes resulting in catastrophic failure. Play the campaign with randomized missions and non-linear stories. Select and equip your squad. Train them in unique combat skills and perks. Plan your turn in pause mode and see it play out in real-time. Use cover and flanking to overcome the opposition. Rewind the level to avoid casualties and achieve better loot. Manage resources and survive until you either find your way out of the valley or lose your way and your conscience in the process.

Dusk. An army transport plane crosses the red evening sky. Motor humming. Plane cargo hold, only light is a lazy wall mounted bulb. A team of soldiers are fast asleep despite the bumpy ride. Heads bounce on their shoulders. Suddenly the light turns off, everything is darkness. And then all motors give out. The plane silently drops. Soldiers, weapons, papers are thrown around in the cabin as everything turns vertical. The machine disappears behind treetops and a huge explosion follows. The few surviving soldiers wake up in the scattered, burning wreckages. As the soldiers gather, it turns out all superior officers are dead, with the mission plans presumably destroyed in the fire. Only eight soldiers have survived. Four rookies and four veterans. They argue over who should lead, who should eat, who are expendable and who should survive, but decide to stay together for now. The squad begins an uneasy trek towards a nearby village, but are soon hunted by the local enemy forces, who aggressively aim to terminate the intruders. Fear creeps in as the squad slowly realizes they are stranded with no allies, no supplies, no clear orders, and no purpose. There are two main approaches the squad can decide to take. Try to continue the original mission - or save themselves. The Rookies are convinced there is something sinister going on with the fog and the enemies in the valley. They want to solve the mystery, destroy the potential threat and go home as heroes. The veterans simply want to gather resources, to enable them to survive and escape - no matter the cost. Broken lines It is a game about a group of soldiers being caught in a bad situation and about how they react to increasing pressure and stress. Some soldiers are more affected than others, creating a bigger rift within the squad. The soldiers’ lack of any clear leadership and plans make conflicts arise within the squad. The player decides which direction the soldiers should head. Do they try to find out what their mission is, or simply just survive and escape their situation. What is acceptable during war-time and which lines should never be broken, even if your life depends on it? 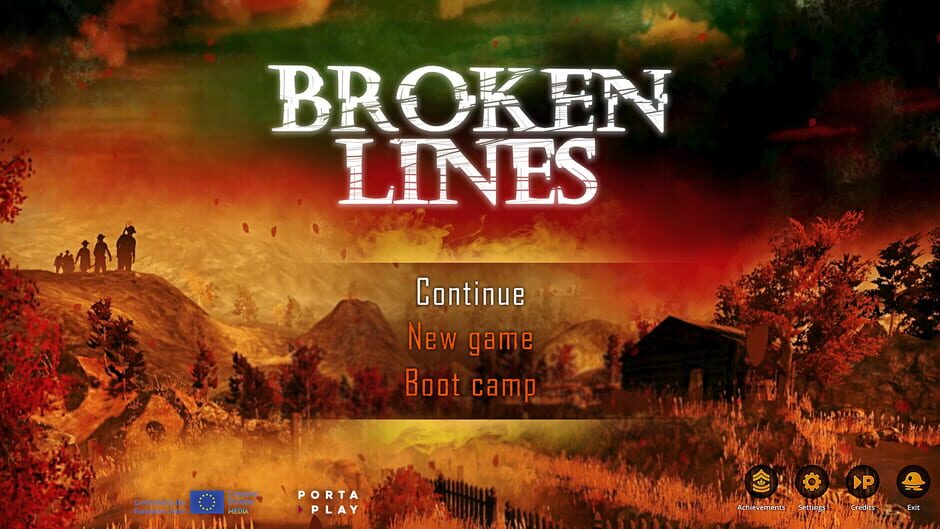 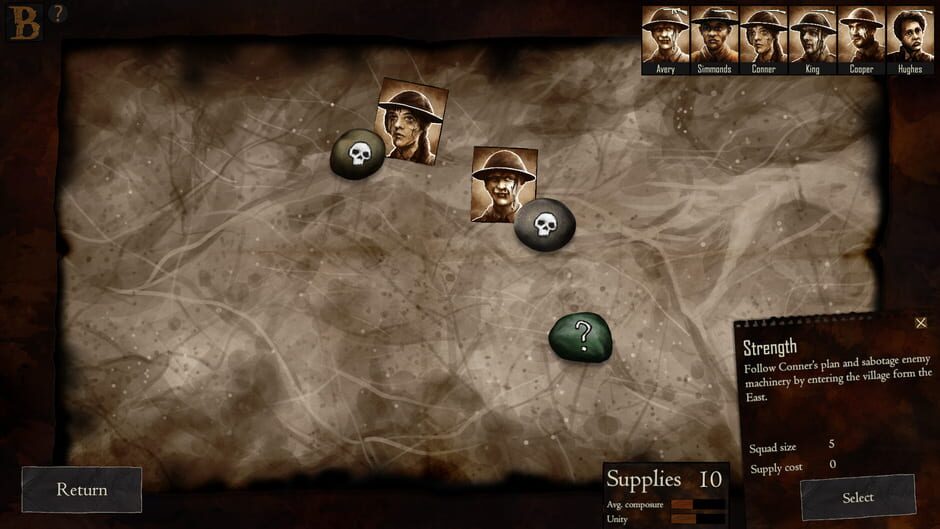 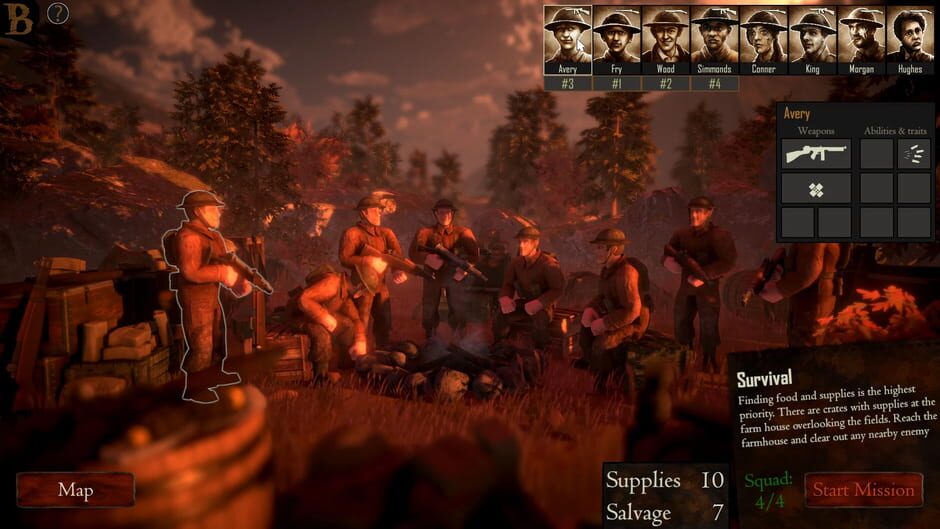 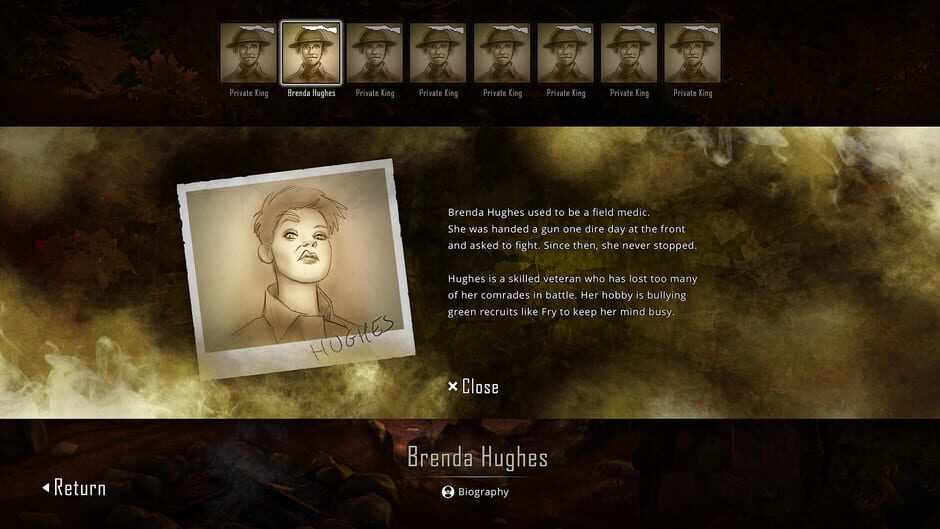 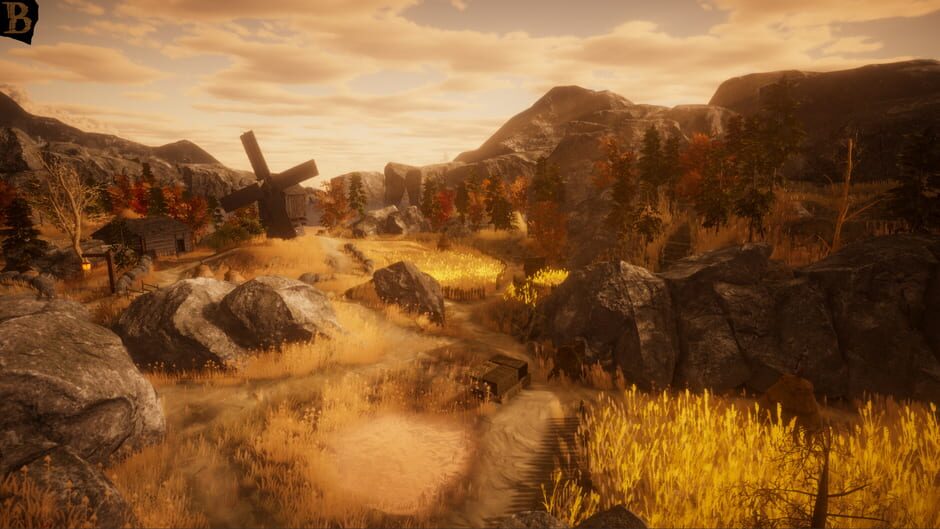 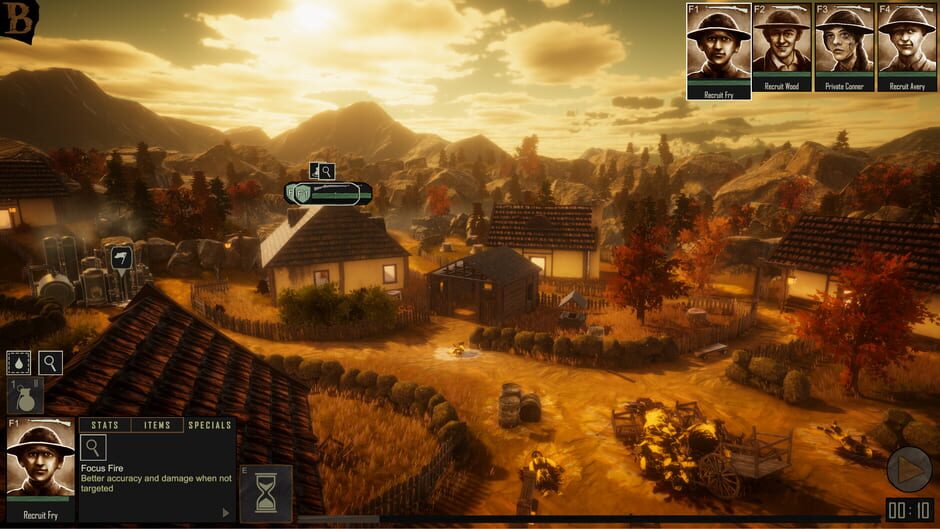 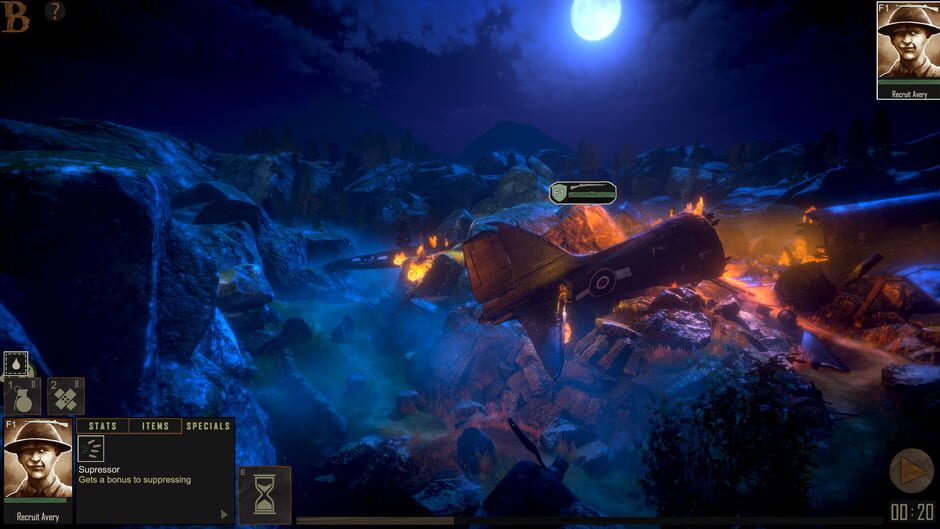 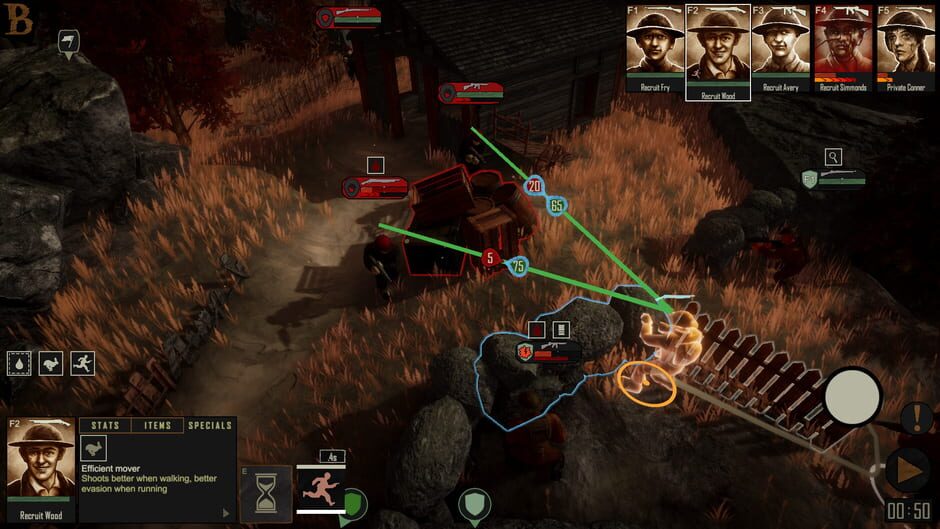 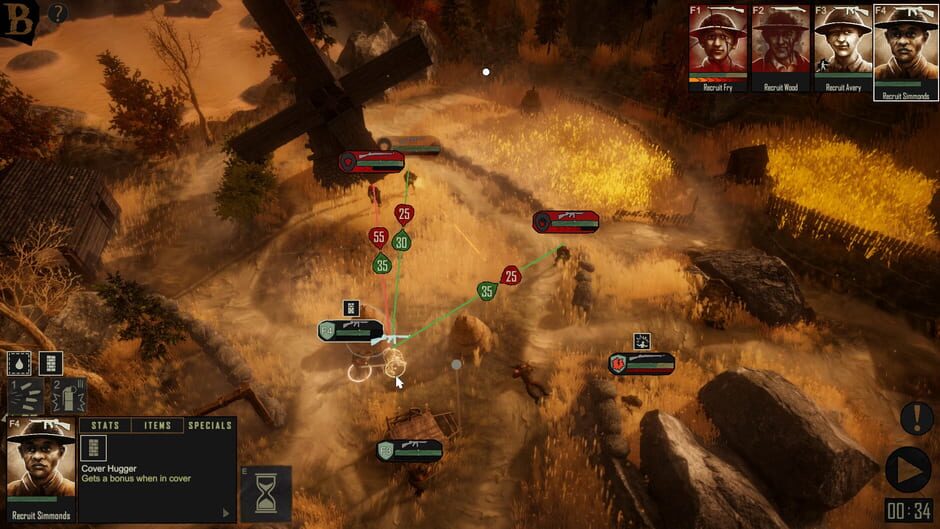 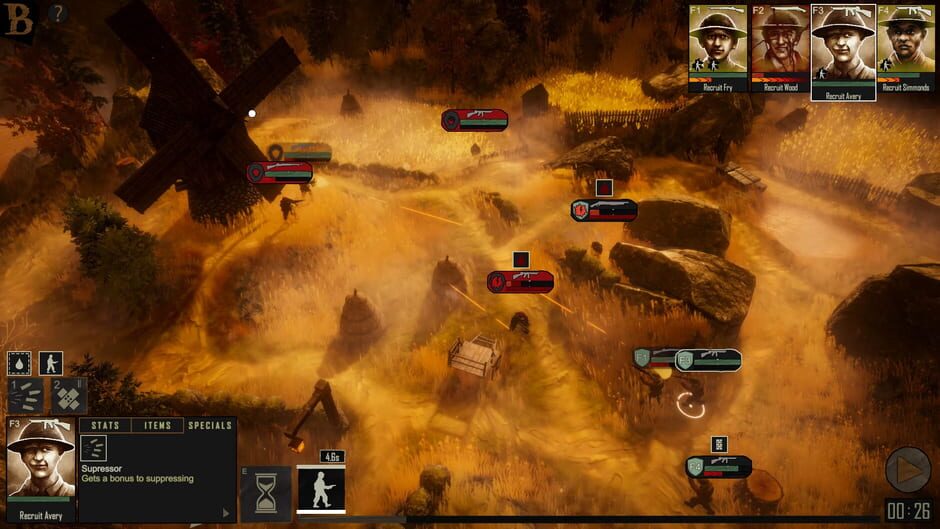 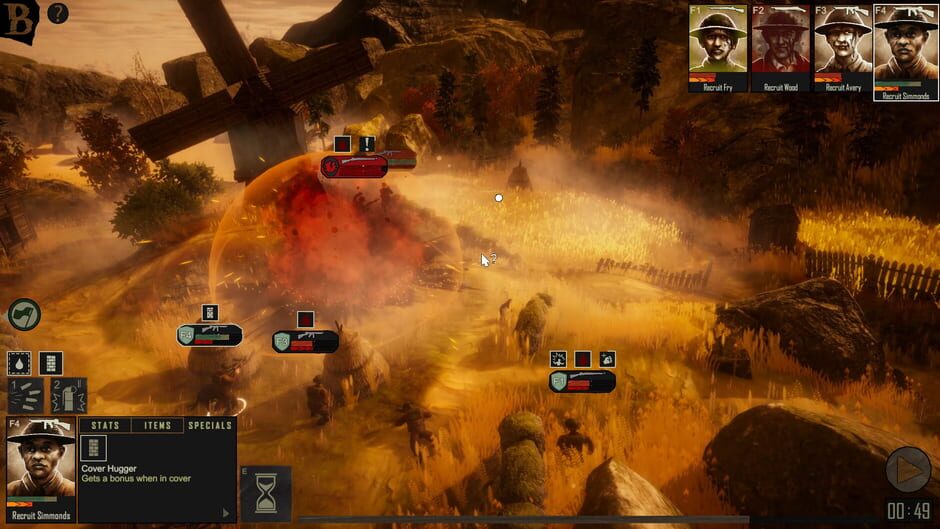 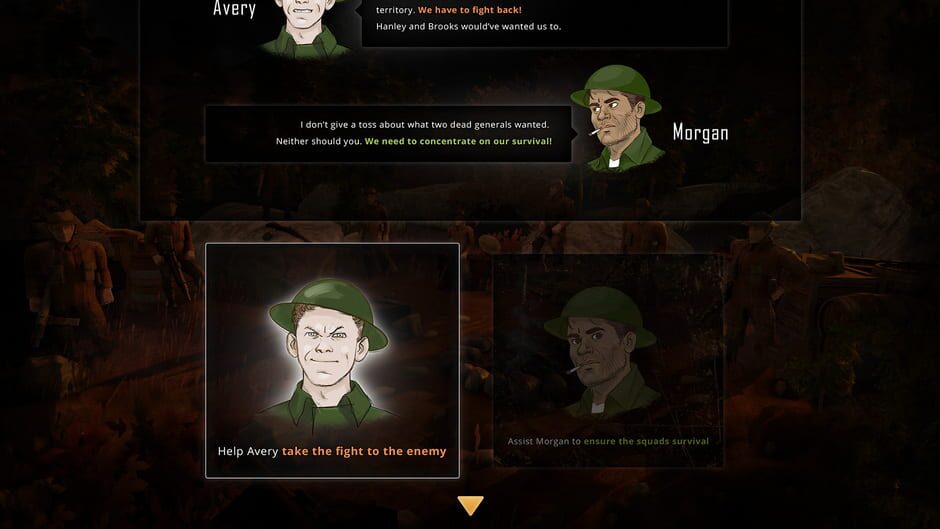